Stone Tower (Ostroh castle) - a unique medieval fortification Volyn. It belongs to the residential type of defensive towers. In some places it reaches a wall thickness of 2.6 meters (!). Once at the bottom (basement) floor gunpowder stored reserves necessary for long-term protection of the fortress, and supplies; there was also a deep well. Basement and middle floors consisting of four rooms, on the top had been living rooms.
Unfortunately, the tower have survived have rebuilt without the upper floors, which wrote back in 1620:

"the old house where thirteen tops and roof shingle slain ..."

In 1797 the top tier buildings demolished to rebuild later in a modified and simplified form. In the 1913-1915 biennium. Tower was restored for museum purposes by the Brotherhood of  Ostroh princes. 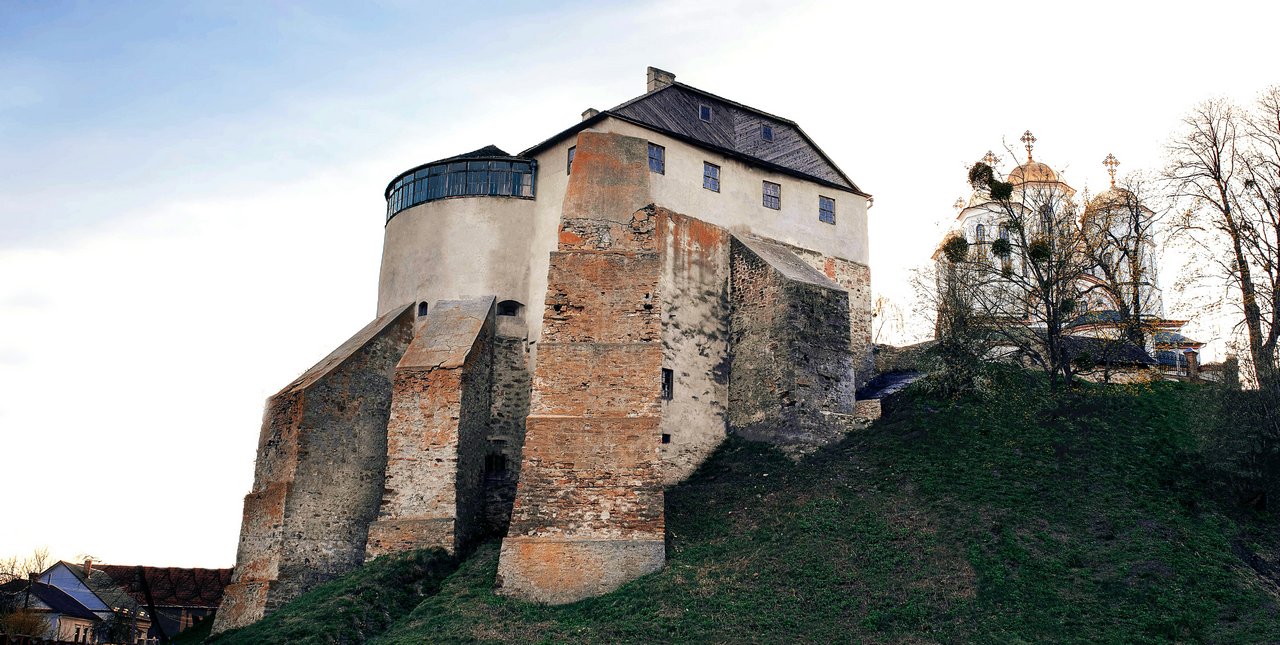 In 1909, in Ostroh, the Fraternity of the Princes of Ostroh was established. On the eve of the First World War the Fraternity had restored the building of the Tower Murovana. On August 24, 1916, in the restored building was opened the historical museum (nowadays it is the museum of local lore), which was based on the collection of Fraternal antiquaries that were gathered under the guidance of a priest Mikhailo Tuchemskyi.
Currently, the museum halls contain materials that reflect the ancient history of Ostroh. In Ostroh Museum of Local Lore there are valuable archeological collections, exhibits of painting, ethnography, folk art, ceramics and samples of Cossack weapons.

In the castle you can contemplate the largest collection of icons of Ostroh icon painting workshop of the XVIII century. All saints, depicted in these images, smile. Gentleness and open-heartedness of the images reproduced on the icons bring warmth of folk painting to the general professional icon painting. These types of faces remained on the icons even when the artist depicted concrete people as, for example, on the icon “Intercession” written for the order of the church community of Mohyliany village in 1738.

More information about the activities of the local museum on the site: https://ostrohcastle.com.ua/