With the help of funds of the Prince Vasyl-Kostiantyn Ostrozkyi and his niece Halshka, a Slavic-Greek-Latin school of higher type was founded in Ostroh approximately in 1576. According to the curriculum, it was among the best European academies. It was based on the traditional study of seven “free” sciences (grammar, rhetoric, dialectic, arithmetic, geometry, music and astronomy) as well as higher sciences (philosophy, theology, medicine) which were traditional for medieval Europe. The students of Ostroh Academy learned Slavic, Polish, Hebrew, Greek, Latin languages; they spoke, of course, in ancient Ukrainian.

In the Ostroh cultural center, along with the Academy, the most powerful Ukrainian publishing house, also known as the Cyrillic printing house of Ivan Fedorovych, appeared. Ostroh Academy ceased to exist in 1636. However, the results of its activities have not disappeared without a trace. The type of higher education institution that was formed here was transferred to Kyiv, from which it spread to Moldova and Moscow.

The oldest buildings currently occupied by the renovated University of Ostroh Academy were built in the second half of the XVIII century during the time of the existence of the Capuchin Order on this territory. The abode was laid in 1750. In 1832, the monastery was closed. For more than thirty years, the buildings were empty. But after the appearance of Cyril-Methodius Fraternity, its guardian Countess Antonina Bludova obtained a permission to transfer the abandoned monastic structures to the Fraternity. The women’s college named after Count Dmytro Bludov was opened in these lodgings, and the Catholic Church was rebuilt into the Orthodox Church of Saints Cyril and Methodius. In 1923, the Polish Teaching Seminary was located in the monastery’s buildings. A few years later the church was closed, and in 1938 it was rebuilt in a Catholic Church again. After 1939 buildings were used by various educational institutions. The temple was used as a gym. In 1994 Ostroh High College was located here (since 1995 – Ostroh Academy, since 2000 – the National University of Ostroh Academy).

At the University there is the Museum of History of Ostroh Academy, which is an integral part of the activity of this educational institution. The exposition of the museum is based on the chronological principle and reveals the history of Ostroh Academy from its foundation till today in an inseparable connection with Ukrainian history and culture. 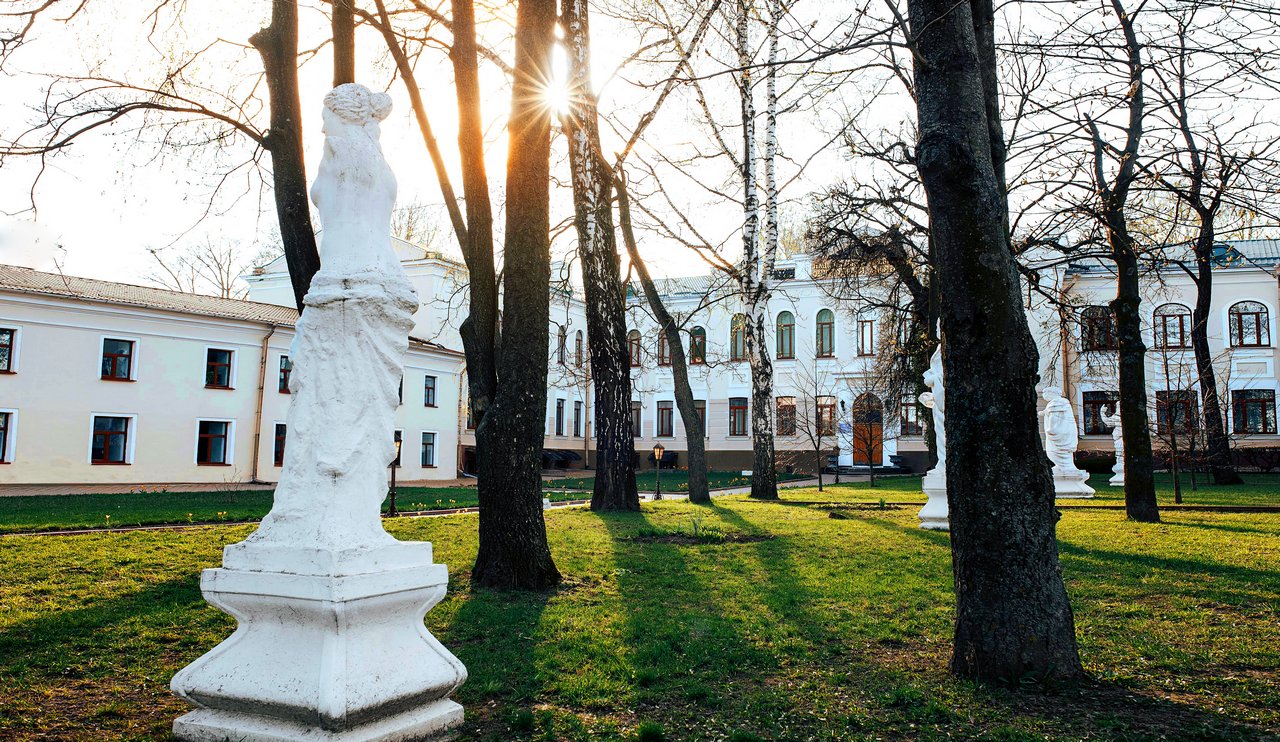