From the time of the Princes of Ostroh the Lutsk Gate has been preserved in the city. It was built in the 16th century. This architectural monument is a unique type of fortified city gate that combined the functions of an entrance gate and a defensive tower. Lutsk Tower protected the city from Lutsk. At first it was a two-story structure, but later it was built loft with loopholes, which gave the building features of civilian architecture.

On December 10, 1985, the Museum of Book and Printing was opened here.

The history of the book, from the first handwritten scrolls to the editions of 21st century, is presented in the Museum of Book and Printing which is located in the Lutsk Gate Tower. The basis of the construction of its exposition was the book collection of the Museum of Local Lore, which was founded in 1909-1912 by the Fraternity of the Princes of Ostroh. This is one of the first two museums of book in Ukraine. The book collection has nearly 5000 exhibits including over 1500 manuscripts, Western European and Cyrillic ancient publications. Among the manuscripts there is the Gospel and two commemoration books of the princes of Ostroh. In the collection there are also many rare books such as “Decretals” written by Pope Gregory IX (Paris, 1511) that is the oldest printed book of this collection, the Glagolitic “Croatian Breviary” (Venice, 1561) and the worldwide known Ostroh Bible printed by Ivan Fedorovych (Ostroh, 1581). 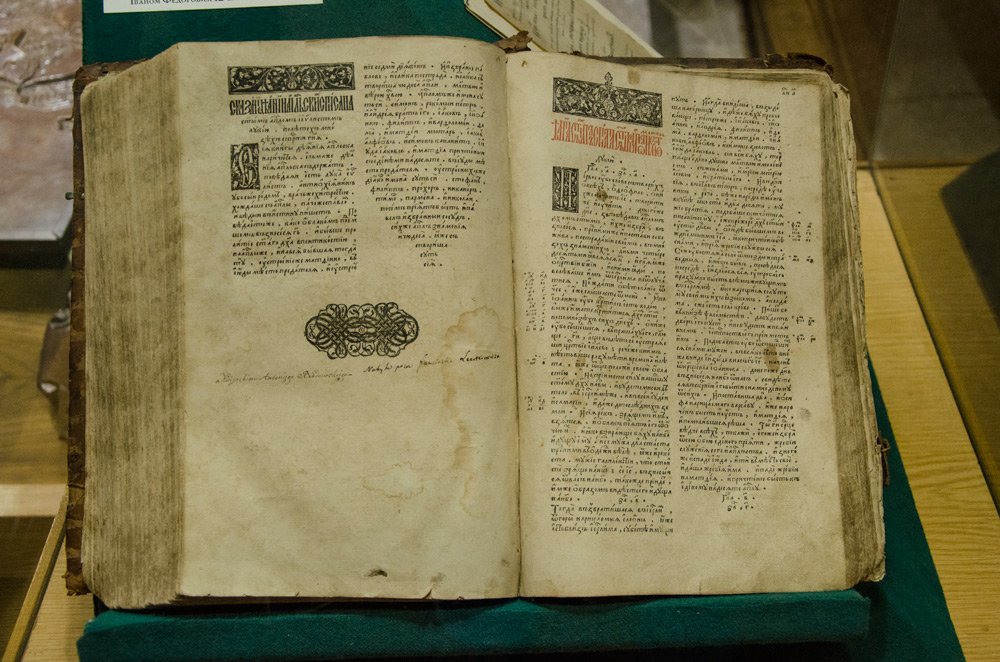 www.facebook.com/bookmuseumostroh/
© Virtual Museum of Heritage of the Princes of Ostrog
Created with love QwerMe.com